❝At the crest of the lava, there are endlessly burning embers . ❞

This carrd contains only the most basic information about Lie Huo Jiao Chou, a novel by Priest. There is no spoilers.Plot explanations, story review, and character information are all based on my personal interpretations of them and should be taken with a grain of salt. Do read the story yourself to find out what it has in store for you and don't rely on fandom osmosis.※All images used are from official sources.※

This carrd is made by @cocopines. Please find me on twitter for any broken links and/or suggestions on warnings.Other carrd I've made: Read Mo Du AgendaRead Priest novels! @pipi carrdSpecial thank you to @huixiangjun as well as @anonflail for helping me out.

※ SUMMARY ※
Sheng Lingyuan has long been dead since he jumped into the fiery abyss of Chiyuan, that is, until he's "woken up" by some unknown force three thousand years later.
Xuan Ji is the newly appointed director of the Reparations Department of the Deviant Control Office, designated to offer aftercare services and clean up the mess whenever supernatural occurrences happen.
The two are brought together by a freak event, and thousand years worth of conspiracy and careful planning begin to unfold before them.Summary is taken from the EN fan-translation.

※ THE PLOT ※
Combining urban fantasy and ancient china mythology, the world of Lie Huo has two kinds of humans: those without special powers/ability, and those with. Those with are most likely descendants of the different races from thousands of years ago. In the present day, an autonomous government organization, the Deviant Control Office, has been established for the people with special ability.This novel follows Xuan Ji, a relatable millennial who just started a new job at the Deviant Control Office. After taking the job as the new director of the Reparations Department — the department responsible for taking care of the aftermaths of deviant occurrences — Xuan Ji is immediately assigned to a task, wherein he encounters Sheng Lingyuan, a mysterious character who has been long dead but is ‘summoned’ back into the mortal world through an ancient sacrifice by unknown entities. A sudden sense of familiarity envelops his heart and thus begins the unraveling of the past.The plot tells the story of broken connections and the conspiracies that revolve around the power struggle and discrimination between humans and non-humans 3,000 years ago. Each arc reveals something about the distant past and the present modern day, how the events that happened then have affected and are still affecting the present.Everything begins and ends in the fiery pit of Chiyuan.

※ RELATIONSHIP DYNAMIC ※
Xuan Ji and Sheng Lingyuan start as enemies who turn into reluctant allies. There's more than meets the eye, though. And this will be revealed later on in the story.

※ WARNINGS ※
Anything else that should be added please inform me on twitter
Highlight the space between for the warnings.
WARNINGS!!! Violence, gore, suicide mention, horror, war, murder, cannibalism (sort of, there's a yao eating a human alive), child torture, self-inflicted injuries, discrimination between different types of people, slavery, genocide, etc. WARNINGS!!!

THE WORLD-BUILDING
Lie Huo 2.0 shows once again how amazing priest's world-building is. I personally think it's the best one out of all of her novels I have read so far. It combines ancient china and modern day settings very well.The fantasy element is shown in the many different races: non-powered humans, humans that had affinity for magics, humans that were really good at creating powerful swords and other weapons, the yao with their many different species, and other races. They have their own culture and lore and they have important roles in the story. They are the main driving force of the main plot.THE STORYTELLING
Since this is the revised version and I haven't read the original version, I don't know much about what sort of changes have been made aside from the first few chapters of the og version. But I was told that 2.0 is overall more coherent and has much more backstory, and I did feel that as I was reading. The backstory is well fleshed out and all characters including the side characters have a very satisfying end. (<- to be revised once I read liehuo 1.0)The storytelling is absolutely superb, as expected from Priest. The plot is revealed in the way that makes you keep wanting for more. It has got many layers that reveal themselves in an even pacing. The way the story goes from start to finish is riveting, I was left speechless and amazed on so many occasions. It is weaved in very intricately with the characters and the world around them. It's so perfectly balanced, and I love balance.COMPELLING CHARACTERS
Every character that appears in this story has something to tell and most of the time, their stories made me want to either scream or cry. Everyone has a role to play in the story and their motivation is also expounded quite well.The main cp is probably the most aesthetically pleasing, the sexiest and the hottest one I've read. Their story is like an onion with many layers that you will get to peel off one by one as the story goes on.One of the best highlights of this novel to me is the parallel between the main cp and side cp. It's what makes the story execution of the side cp probably the best side cp story I have ever read in my entire danmei reading history so far (sample of almost 50 titles). It stands on its own and yet it also gives marvelous additional flavour to the main cp.There is only one gripe I have about the main story plot which I shall not mention because it involves a huge spoilers; however, this gripe doesn’t detract me from loving the novel as a whole.Overall, Lie Huo Jiao Chou gave me such a delightful reading experience and I highly recommend this to everyone. 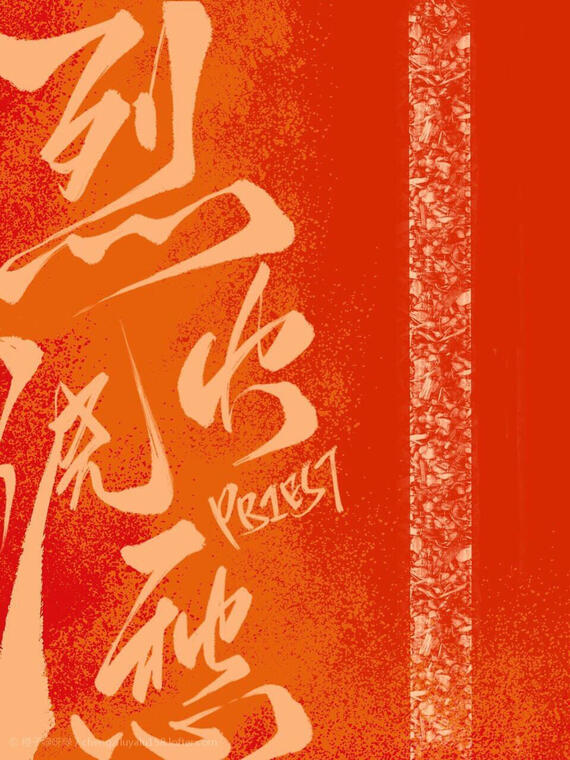 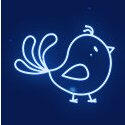 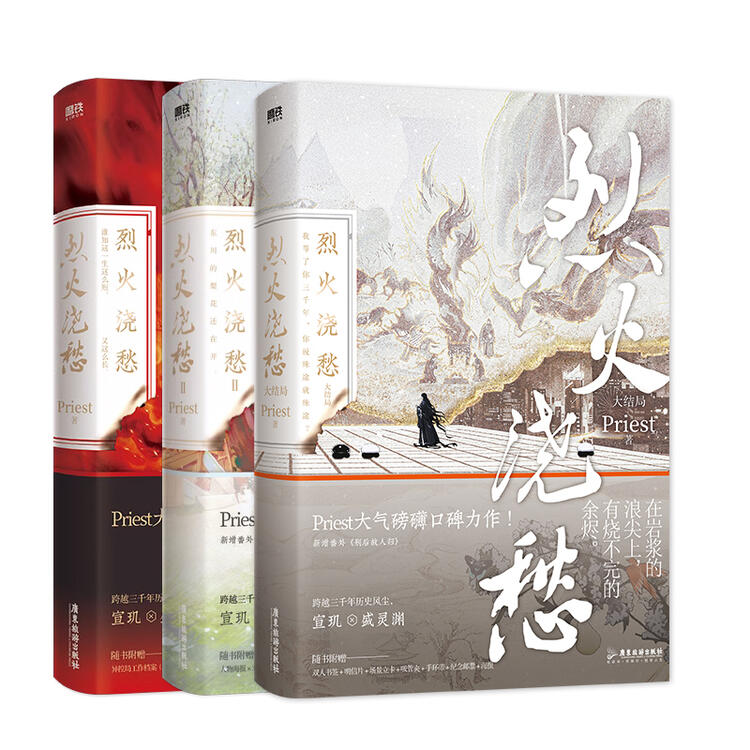 This is version 2.0, a revised version of the original text which was first published on December 31st 2018. The revised version was released on May 6th 2020 and completed on May 23rd 2020.

This character intro only contains the most basic info for new readers and is based on my personal interpretations. Character arts are all from the Korean version, illustrated by 霜月. 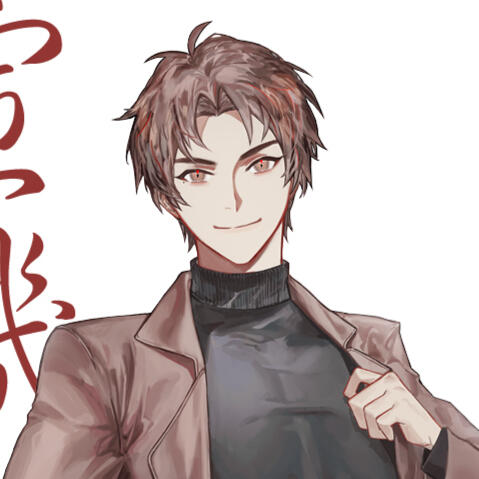 Xuan Ji is a self-proclaimed free-spirited millennial living paycheck to paycheck until taking the job as the new director of Deviant Control Office's Reparations Department a.k.a the trash cleaner department. Unlike others who usually only have one kind of special ability, Xuan Ji has got two kinds: the ability to control fire and metal elements. His origin is tightly tied to Chiyuan, the place where it all began.

Long been dead for thousands of years, Sheng Lingyuan is the peculiar character who was summoned back into the mortal world by unknown forces. His existence is shrouded in mystery that will be revealed in time. 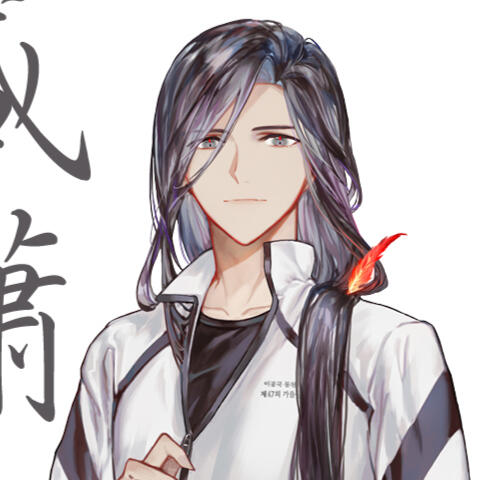 A rich young master who recently got promoted as the director the Main Dispatch Office. He has known Xuan Ji for a few years and you can even say that they're good bros, however, he knows next to nothing about Xuan Ji's origin. 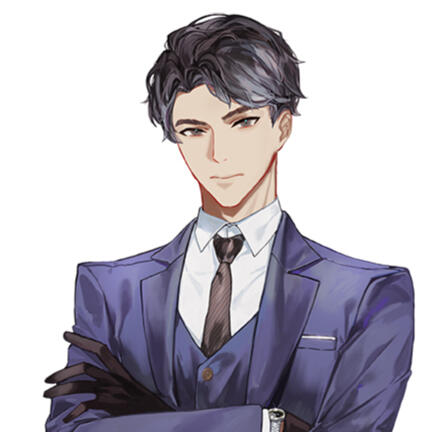 This section will be constantly updated as the recurring side characters appear per story arc of the unofficial EN translation. Do not read this section if you want to go in blind.

WARNING: MAY BE SPOILERY. PLEASE DO NOT READ IF YOU WANT TO GO IN BLIND

The department that Xuan Ji is currently the head of. This department is responsible for taking care of the aftermaths of deviant occurrences.BI CHUNSHENG The kind motherly type lady whose ability is the mental-type. She can make people do her bidding through her voice.LUO CUICUI The one responsible for filtering information on the internet. He's got plant-type ability where he can transform parts of his limbs into plants.PING QIANRU The young lady whose main responsibility is dealing with the tech and gadgets for the Reparations Department purposes.YANG CHAO Currently trying to apply for graduate school and is always on the verge of having a nervous breakdown. Basically a walking encyclopedia with amazing memorizing skill.

One of the three special elite forces of the Defiant Office Control. They are responsible for handling cases that are too much to handle for the regular departments. Current and past members are:WANG ZE Current chief of the force. He has water-type ability.ZHANG ZHAO Wind God Squad I captain. His ability is time manipulation.GU YUEXI Wind God Squad II captain. Her special ability is her eyes being able to see through almost anything.YAN QIUSHAN The previous chief of the Wind God. Currently missing.ZHICHUN The 'person' who used to be always by Yan Qiushan's side. 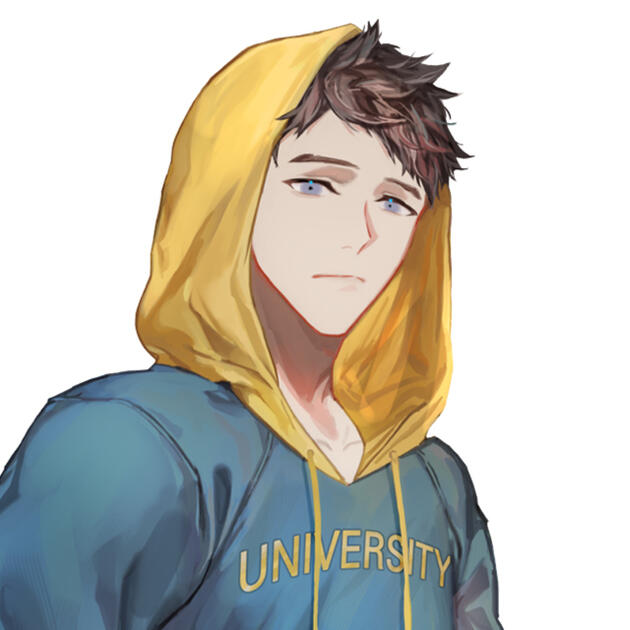 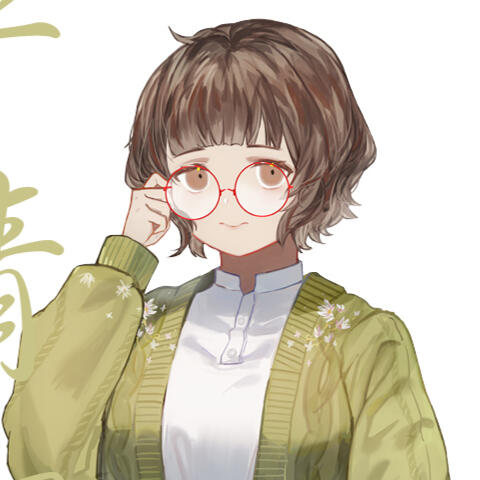 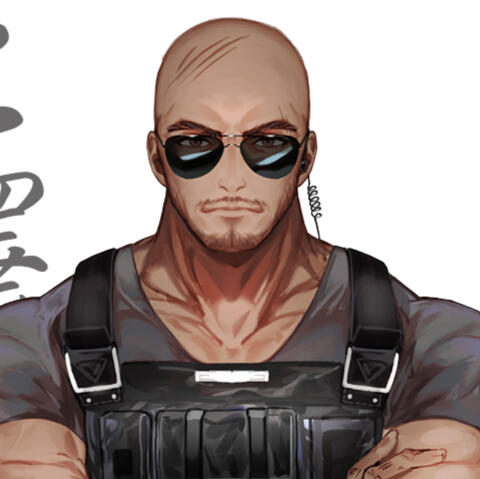 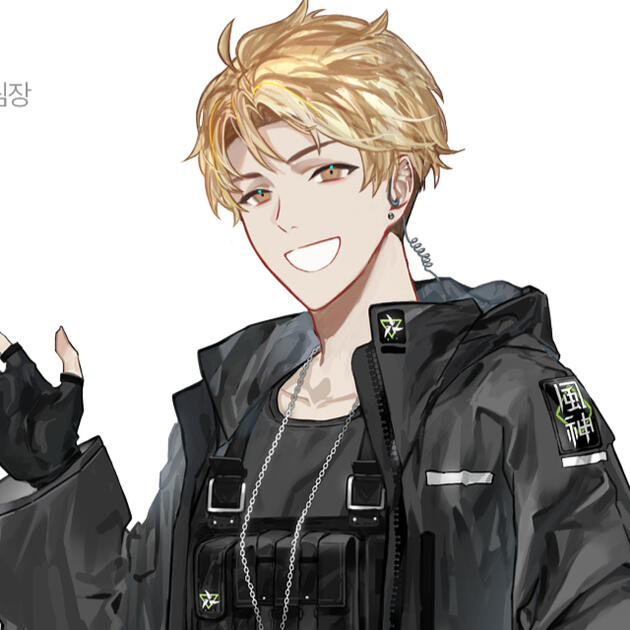 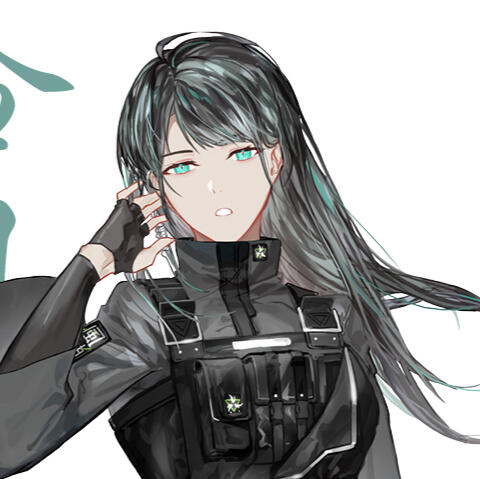 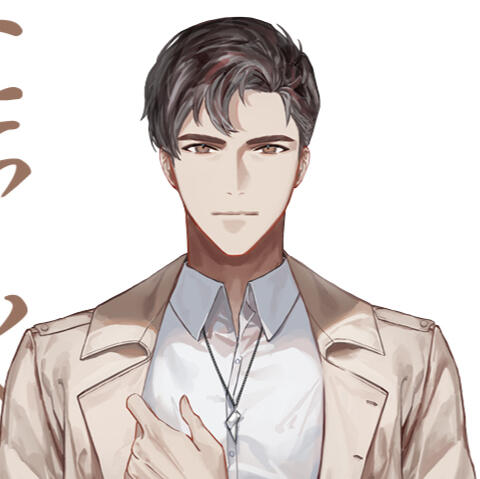 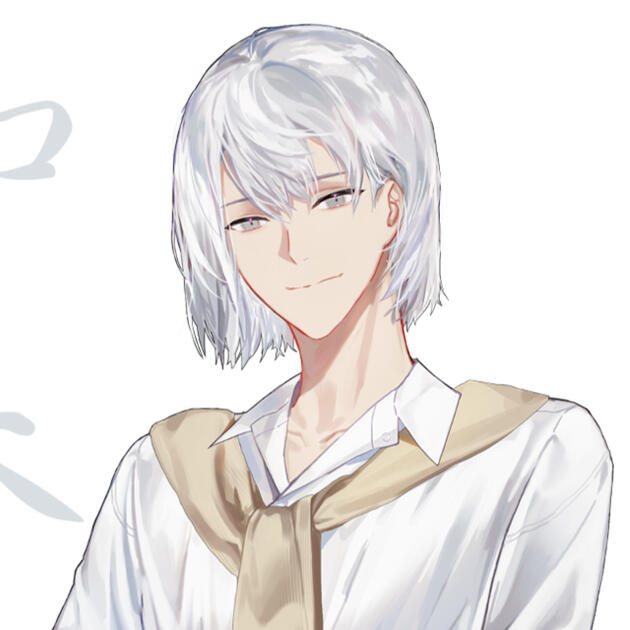 Cover Illustrations for the Audio Drama 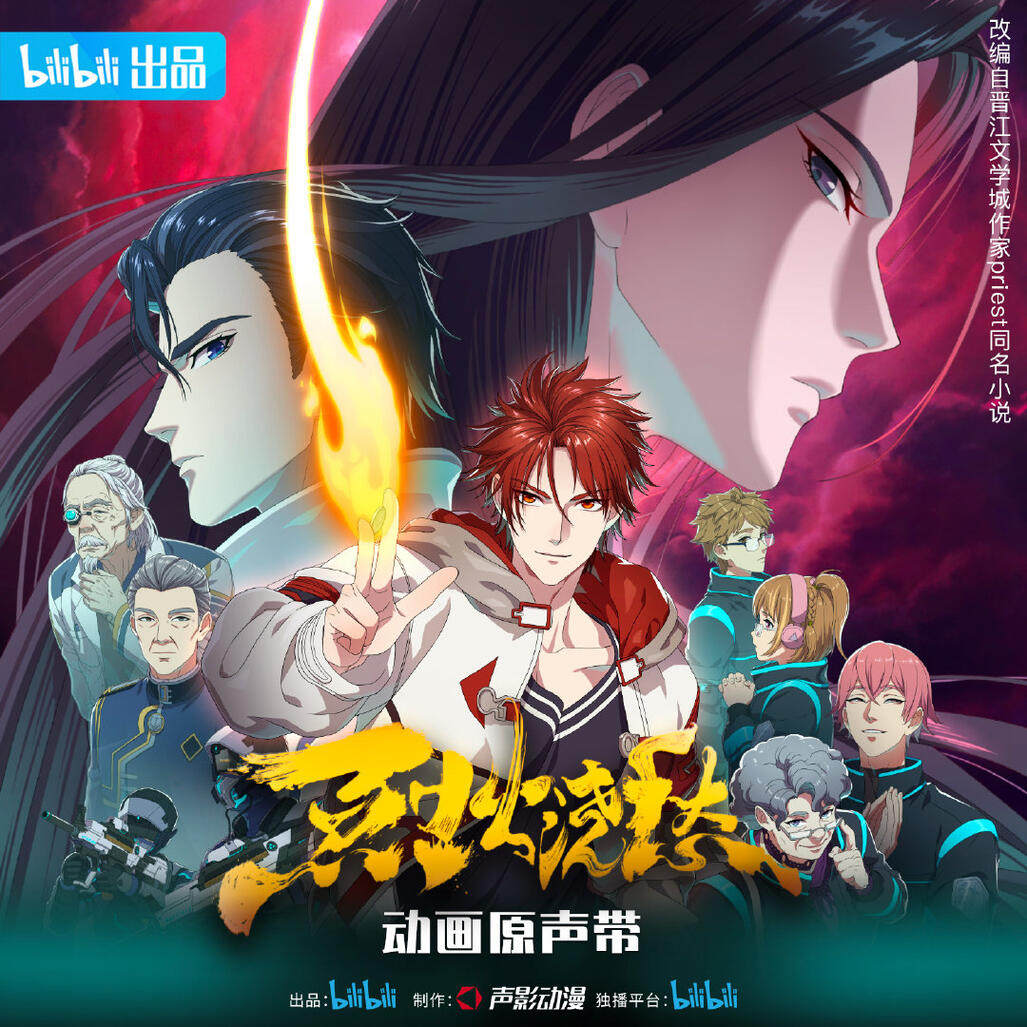